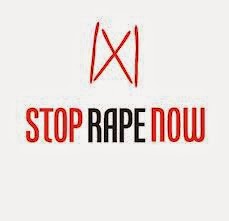 A middle aged woman has been found dead in Igede Ekiti after being allegedly beaten and raped during the weekend by unknown assailants.
Eunice Titilayo Ogundele, 46, reportedly left home on Friday for a church programme but was accosted by her attackers before she could get to her destination.
Mr. Ogundele reportedly said that close inspection revealed that his wife had also been hit on the head with a pestle.
Vanguard Newspaper reports:

Ogundele in tears said: “Yesterday (Thursday) which was a market day, she went to the market and returned home to rest.

“This morning (Friday), we went our different ways after I opened the door a little after five o’clock. She left for an early morning church service at her pastor’s residence.

“We went our separate ways at Igede-Ado road. I did not know I was seeing her for the last time. Few minutes to six they called me to come to somewhere in the town. I went and met my wife dead with two deep wounds on her head.”

The Police Public Relations Officer in the state, Mr. Victor Olu Babayemi, who confirmed the incident said a suspect has been arrested and is making confessions.

Babayemi said: “I can confirm that someone is now in custody in respect of the rape and murder of a woman at Igede Ekiti and is making useful confessions.

“We are trying to see if other arrests could be made in the course of the investigation which is ongoing.”

chuba
Previous post What Do You Think About Punishing Rapists This Way? Next post A Girl Molested at a Tender Age Takes To Twitter & Lays it All Out